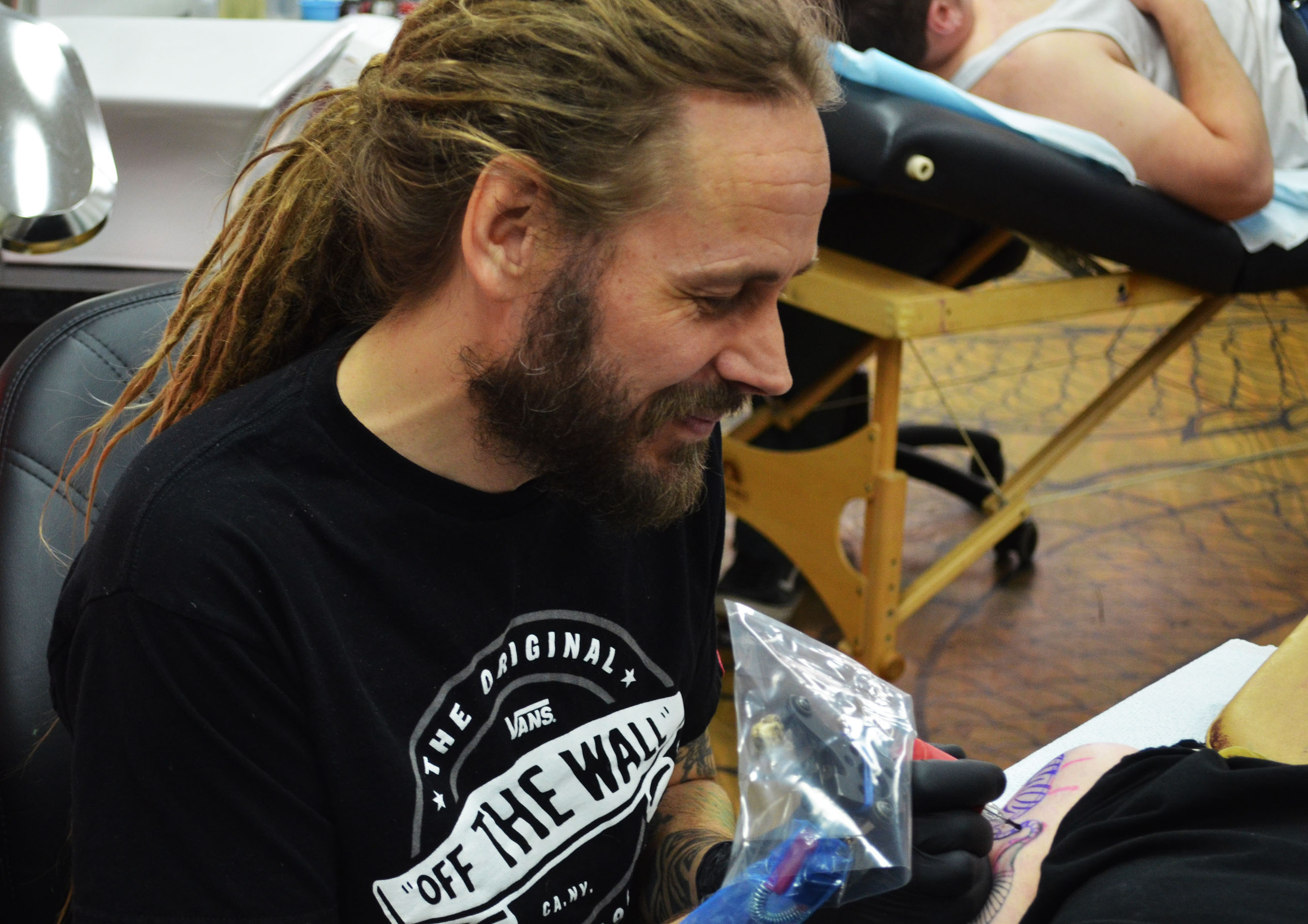 Hi! My name is Jarkko Holopainen. My family moved from Finland to Canada, the Sarnia area in 1967 and relocated to the Bruce country area in 1971. I spent my teen years skateboarding, custom welding and wood working, which I still enjoy.

My commercial art career commenced in 1985, as a sign painter and I still love lettering, logos and graphic design. I also offered detailed TIG welding using mediums such as aluminum and stainless steel; and continue to do so. 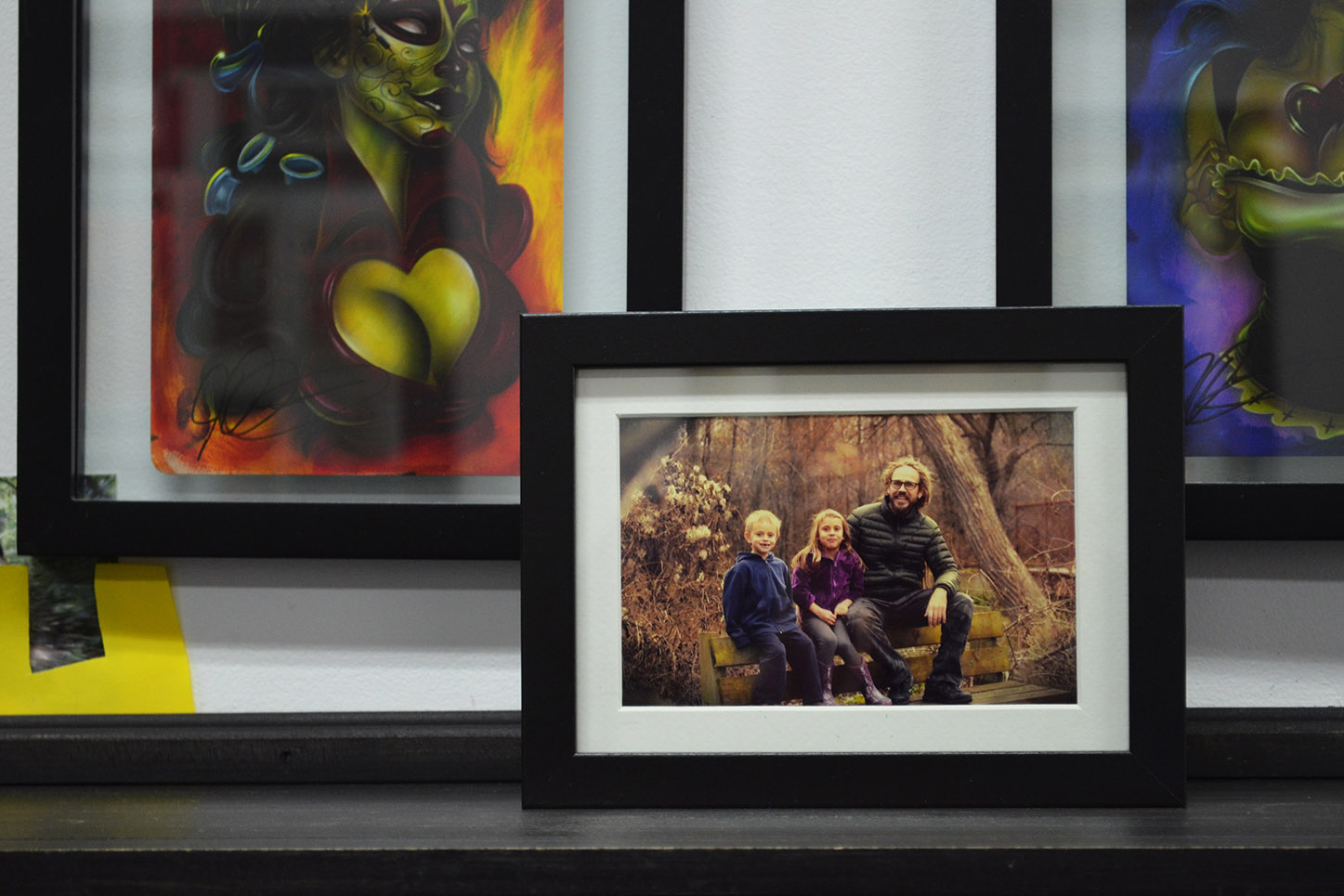 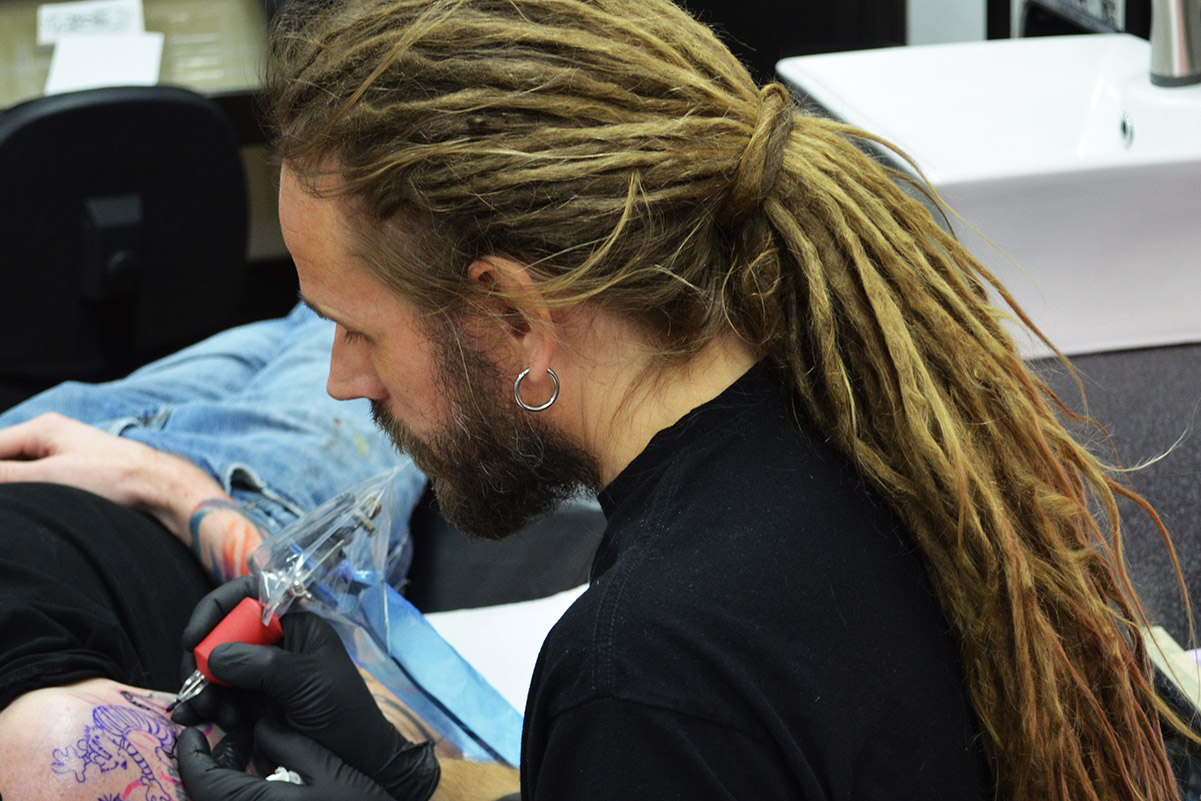 I started my tattoo career in 1989, right here in Kincardine. Later attended OCAD in Toronto, in the early ‘90’s to further my abilities. During my career, I have traveled and worked in London, Toronto, Hamilton, Vancouver BC, Penticton BC and Stockholm Sweden. My tattoo likes and preferences include ‘patterns’, body flow designs, graphic and geometrical designs, black (tribal), lettering and bold to fine details. Anything that has that feel I would be proud to do more of.

I love doing anything with my two kids! Lego is a big deal at our house. Other activities I do in my spare time are off-roading – being in the bush feels like my natural element. I like canoeing and camping and spending the day at the beach. Out door music festivals are also a blast, attending and DJ’ing them. Anything outside! 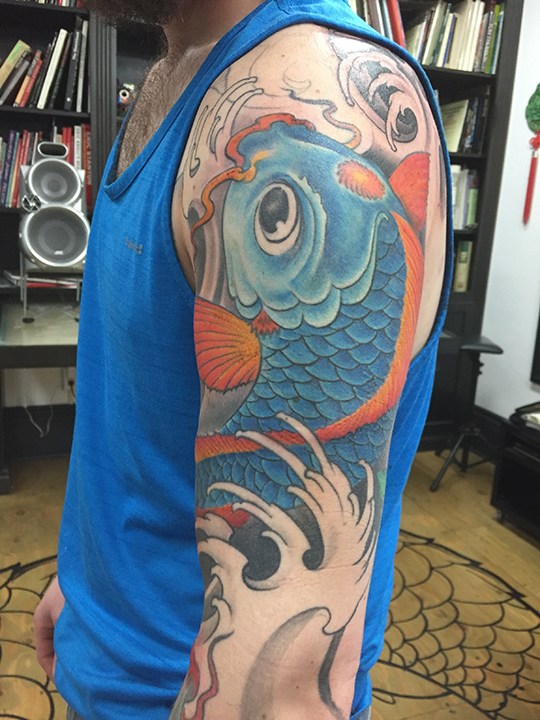 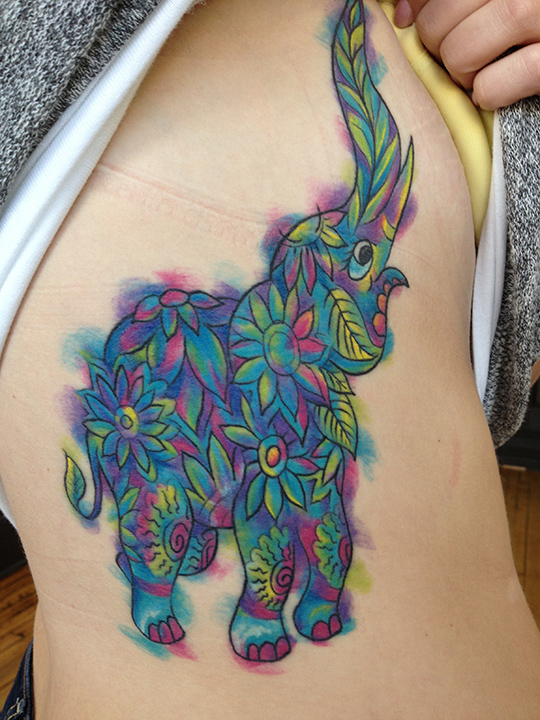 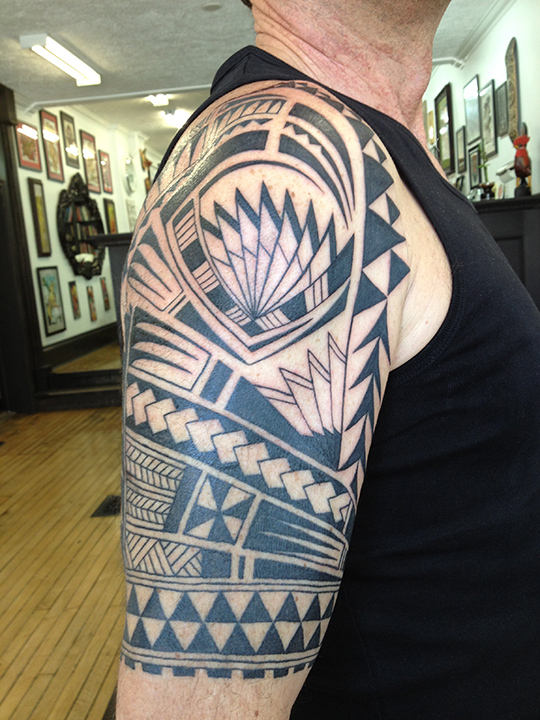 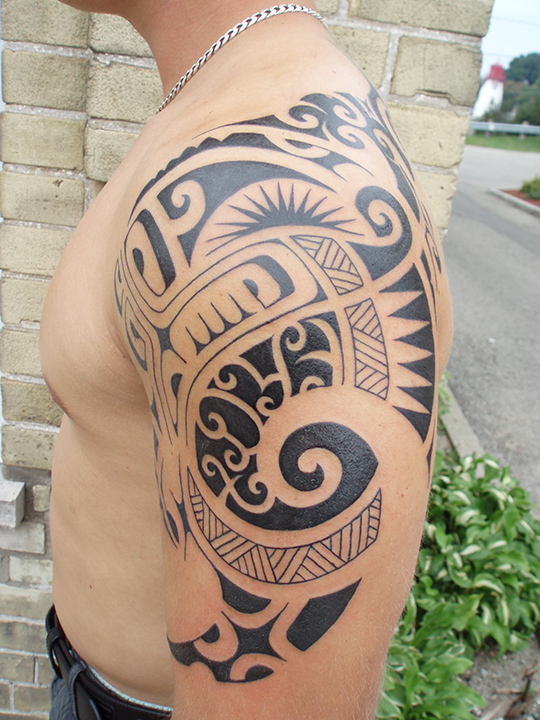