On Valentine’s Day of 1999 Scott Duncan established Sugar Shack Tattoo in the unused office space in the back of Kevin Bradley’s barbershop, Snip ’n’ Clip. Word quickly spread, and by the end of that summer, Scott had a small but busy private tattoo studio running, and was booked about a month ahead. Curious to see whether he could keep the momentum growing, Scott opted not to leave at the end of that summer, but instead kept Kincardine as his home base, and began traveling two or three times a year on “educational” trips to Europe.

By 2002 Scott had outgrown the confines of the small office in the barbershop, and seized the chance to rent the retail space next door. From there he ran Sugar Shack Tattoo for the next 11 years, with with one other artist working by his side. A rotating cast of other characters came through the shop during that next decade. In 2006 Scott saw the birth of his first child, Robert, followed in 2008 by his daughter Maggie. Scott had stopped traveling to conventions almost entirely at this point, to focus on his family. Life with a couple of infants was incredibly busy, as it is for most people, and he split his time between working at a breakneck pace, and trying to soak up every bit of time he could get with his kids at home.

In 2013 Scott finally realized a goal he had been working towards for some time: to own the building he was running the shop out of. January of that year Scott became the owner of 786 Queen Street, an iconic building built in 1881, in the heart of the downtown core, and it is the location Sugar Shack still resides in. After a colossal amount of effort on the part of family and friends, a couple local tradesmen, and no small financial investment, the building was renovated top to bottom, purpose built as a bespoke tattoo studio, and opened it’s doors on June 1st, 2013.

Sugar Shack Tattoo continues to evolve as a business and as a creative space. The artists who choose to work under this roof are afforded the opportunity to develop themselves in co-operation with each other and with our clients who allow us to use our artistic vision to craft custom, one of a kind tattoo art, in an environment that is relaxed, comfortable and inspiring. It has been incredibly gratifying to see how the community both near and far has continued to support us over the last two decades. We do have a shop policy for anyone being tattooed at Sugar Shack, to be at least 18 years of age or older. 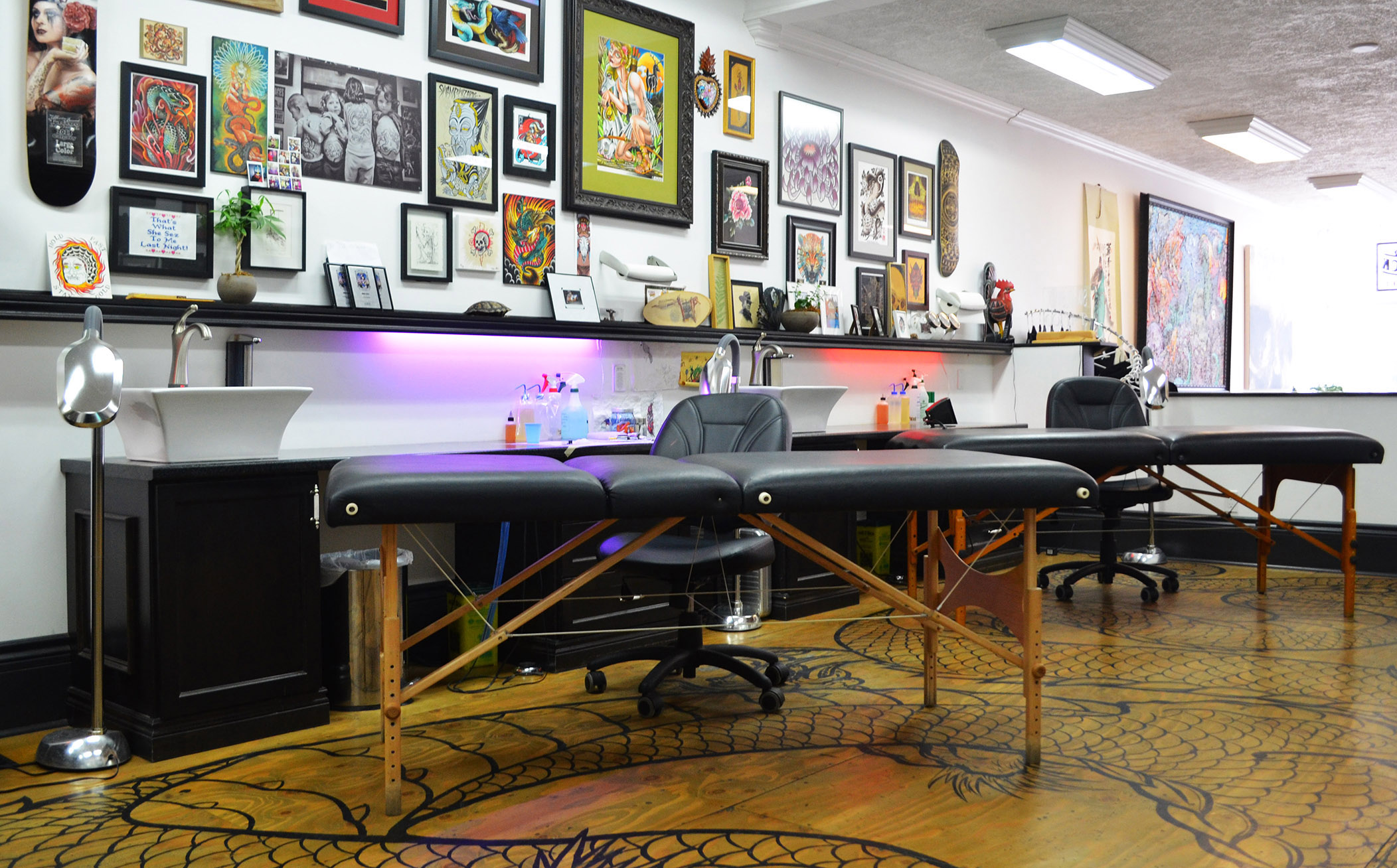 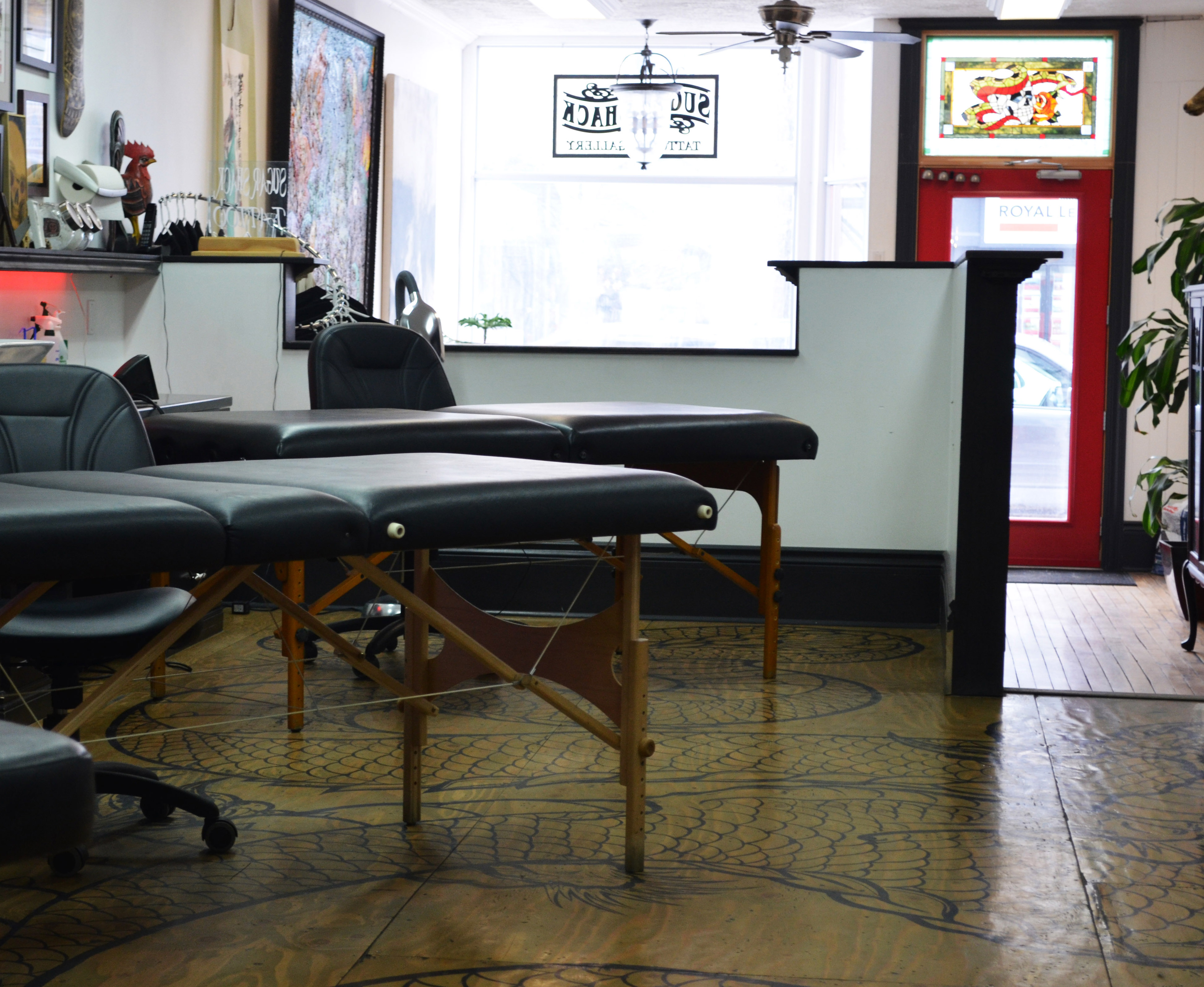 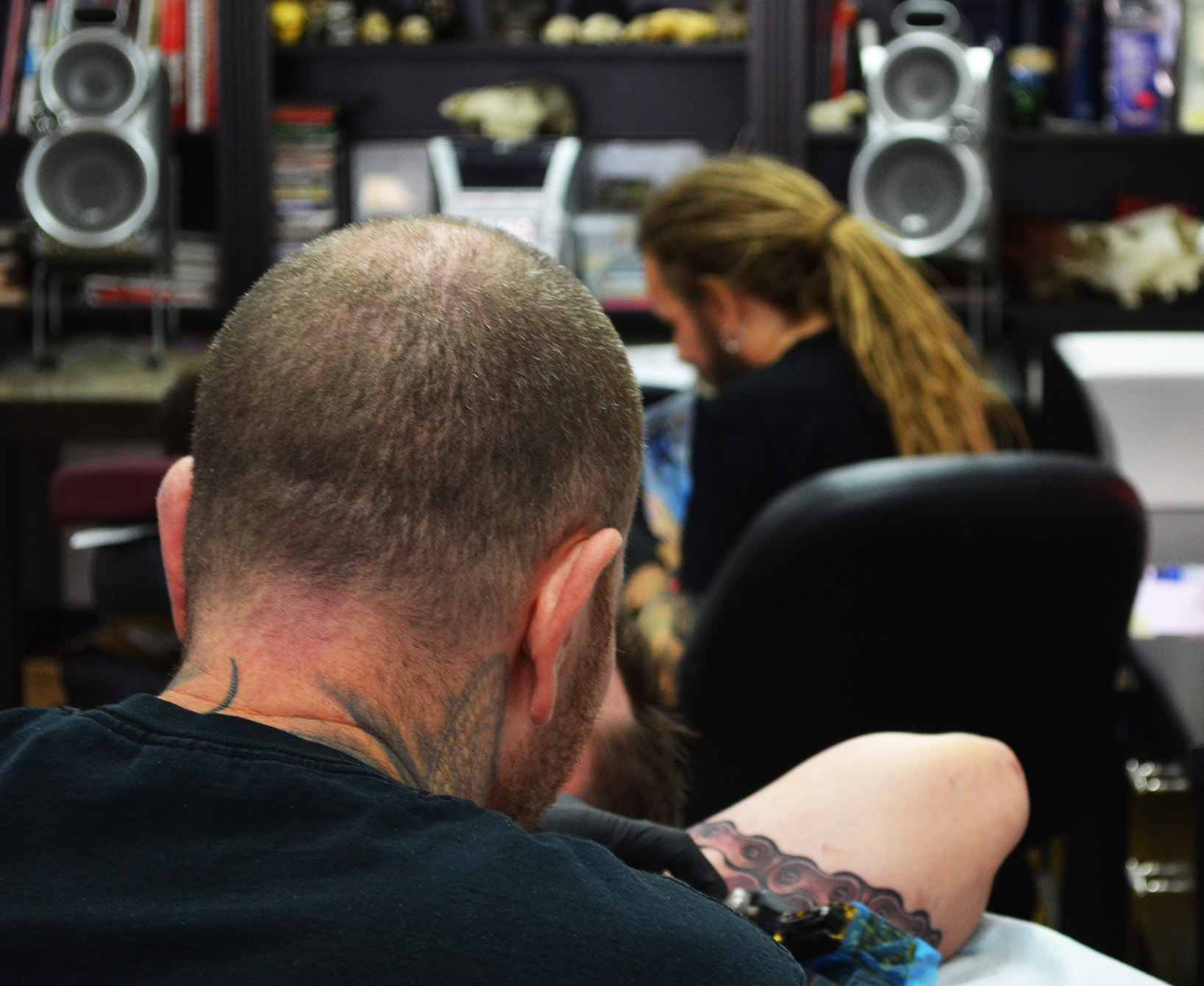